OK, I know this is a website dedicated to outdoor toys and playing outside. We’ve shared with you a number of fun winter toys that would excite most any child on Christmas morning. The one drawback is that most winter-themed toys rely upon cold temperatures and snow or ice. Most winter-themed toys require being outside in those cold temperatures and may not always provide an activity that the entire family can do together.

If you live somewhere that doesn’t get much snow or is simply too cold to play outside, you can’t use them. But, what if I told you there is a winter-themed toy that can be played with inside? And, what if that toy might have even the oldest members of your family joining in and laughing like children again? The Snowtime Anytime Indoor Snowball Fight is just such a toy.

How to entertain 40 children?

Snowtime Anytime Indoor Snowballs were invented by a mommy looking for something to entertain 40 children in her home. What began as a crude experiment with some quilt batting led to these totally addictive polyester snowballs that you truly have to try. I know what you are thinking, fabric snowballs couldn’t possibly be any fun. But, let me tell you, they look like snowballs, feel like snowballs and even sound like snowballs.

Yes, they aren’t cold and wet, but when you pick up one of the Snowtime Anytime indoor snowballs, they compact much like the real thing. They even make that crunching sound that snow does. They have a weight and heft similar to a 3-inch sized snowball. You can easily throw one across the room without having to be a major league baseball pitcher. But, unlike a hard-packed snowball, they harmlessly bounce off of their intended target, the furniture and even the walls. These snowballs literally even the playing field where the youngest and the oldest have an equal chance of winning a snowball fight as the more active members of the family.

Snowballs softer than a pillow

These white, fluffy balls of fun are safe and unlike their truly frozen counterparts can be fired at unsuspecting targets even if it is a balmy summer day or the middle of a board room. They are also machine washable to ensure they keep their pretty white appearance.

The same company also makes a cool blow-up fort. For 2014, they introduced the Play Visions Snowtime Inflatable Snow Shields Game – it comes with 2 inflatable snow shields and 6 snowballs. You can use them to play a furniture friendly version of paddle ball or defend the castle against invading hordes of snowball throwing enemies. The Snowtime Anytime Indoor Snowball Fight is also quite popular with Frozen fans. Kids can pretend to be Elsa, Anna and Olaf and protect the Kingdom of Arendelle.

We have played with this toy and we had more fun than we’ve had in years. They are exactly what they claim to be – indoor snowballs. The snowballs do tend to attract lint and we would not recommend playing with them outside. But, if they do get a little dirty, you can always throw them into the wash and you’ll be ready for the next snowball fight. 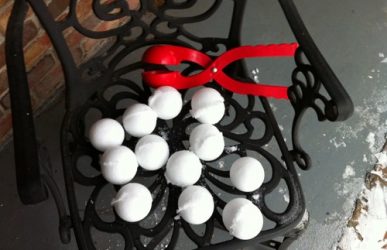 What's the number one selling outdoor snow toy this year on Amazon? No, it's not… 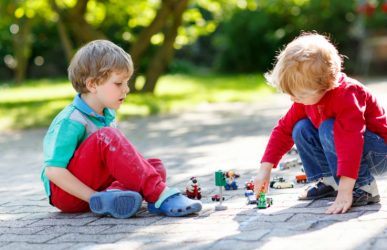 My Favorite Outdoor Toys for Toddlers 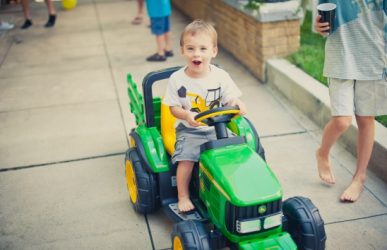 It’s July and families are right in the middle of grass mowing season. In our…